Who is Jenn Whetham? 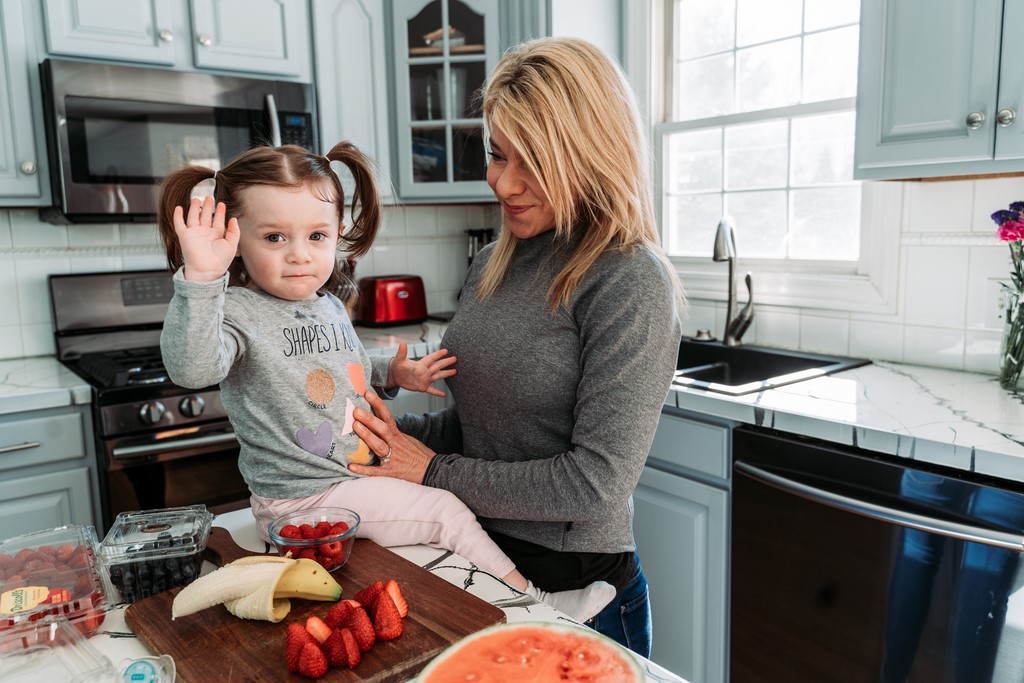 My days are filled with work, parenting responsibilities and running a household, can you relate?

I am a mother of 5 beautiful, active, and crazy kids. I am a business owner, personal trainer and coach. My business was built on supporting women to be active, healthy and creating balance in their lives. Through my ups and downs with weight and body image issues, I have dedicated my life to helping women find confidence in their bodies, develop techniques and habits to fit their crazy life while feeling great.

My fitness journey started in my late 20’s, fast forward 15 plus years later I have never been more passionate about helping women. I am a marathon runner, an ironman competitor, and a nationally qualified bikini contestant. I am an ACE Certified Personal Trainer, Group Fitness Instructor and Weight Management Specialist. I am a motivator and a Life Coach! More importantly, I am a woman who understands the struggle of finding time for yourself while maintaining all of your life’s responsibilities.

I am no stranger to lifestyle change. When my journey of transformation began, I was an “average” mother of three who was a former smoker. My physical activity only involved chasing my small children around. My job kept me sitting at a desk staring at a computer for 10 hours-a-day. The rest of my time focused on the usual mom activities – driving kids around, feeding the family, and attending their athletic events.

I remember vividly the day and time when things began to change. It was a warm, sunny Memorial Day Sunday. I had packed my children into the car and was taking everyone to see their father compete in the Buffalo Marathon. 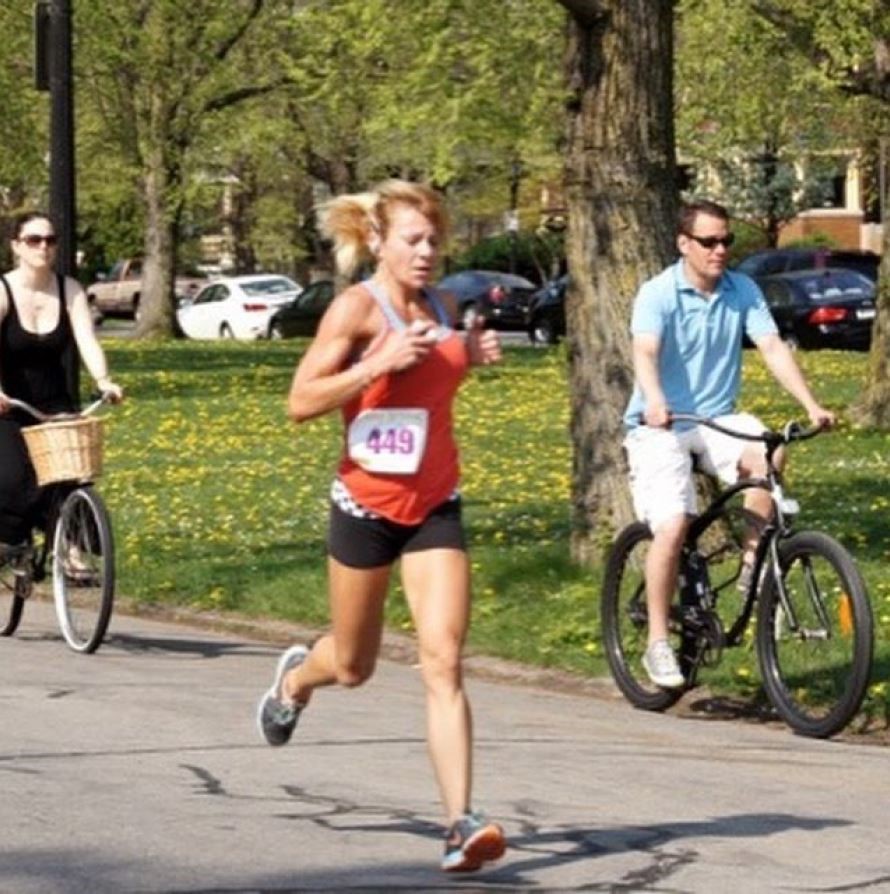 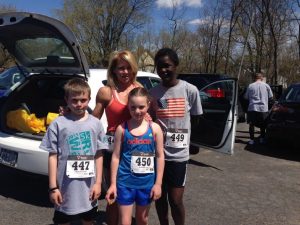 We arrived at the race, as I parked the car and unloaded my kids’ double stroller, I saw a woman wearing a race number and pushing a baby stroller. As she walked by, I overheard her talking to her child. She leaned over and said, “Happy birthday baby.” I thought, wow, it must be the child’s first or second birthday. Then she said, “Happy two month birthday.” I got my children settled into a spot so we could cheer when their dad crossed the finish line. The kids were excited, holding up their handmade signs with pride as we waited at the finish. Everyone around us was cheering on all of the runners as they began to cross the finish line. We could not help but get caught up in the moment. It was very emotional and deeply inspiring. Everyone was celebrating and cheering for all the runners who have just completed a 26.2 mile course. I found myself thinking, “What, 26.2 miles!” Over the half hour that we stood there, we witnessed hundreds of runners crossing the finish line. The runners were different, ages, genders, sizes, and body types but they had at least one thing in common: they had persisted through all the challenges to succeed in meeting their goal. No matter how much time it took to finish the marathon, they had accomplished something major! Their sense of pride was palpable. Each of the runners had earned their moment. Their weight, age, gender, and possible obstacles were simply background to their achievement, despite the impediments; those runners had finished a 26.2 mile marathon! Two runners stood out to me. One of the runners was a man who looked to be in his late 60’s and the other was a heavy-set woman who crossed the line shortly after the older man. Each of them ran across the finish line to the clapping and cheers of the crowd. I could see the pride on their faces when it hit them — they had done it! They crossed the line, looked at the clock, and the older gentleman waved back at the crowd while the woman gave a celebratory hug to a spectator. 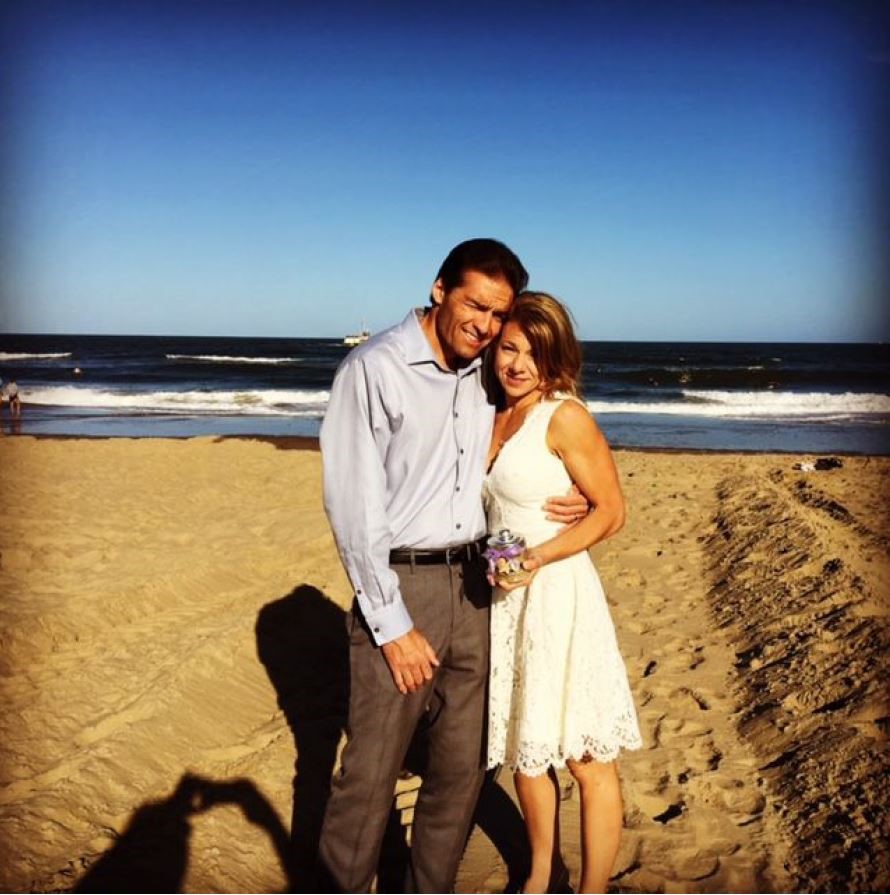 Later, as I was taking in everything at the finish line, I thought about that mom I saw when I parked the car. I imagined her pushing the stroller across the finish line. Standing there I thought, I can do something too!

The next day I walked across the street to the track near my house. I ran a half lap and fell to the ground. I remember thinking, “my God, this is hard!” I remember my body protesting but I was determined to run a little farther every day. By that August, I ran my first half marathon and three months after, I completed a full marathon. I am no stranger to the challenges, difficulties, and growth associated with setting and accomplishing fitness goals. It can be hard to stay motivated. Everyday life is busy with family, work, and commitments.

It’s time to write your story, let’s get started!